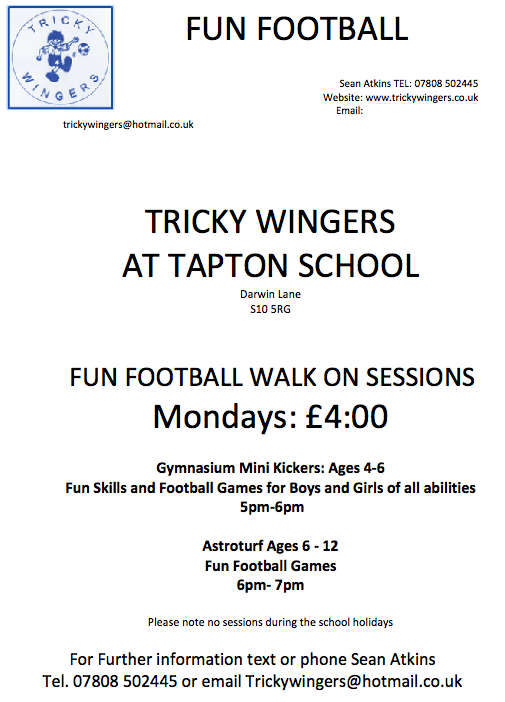 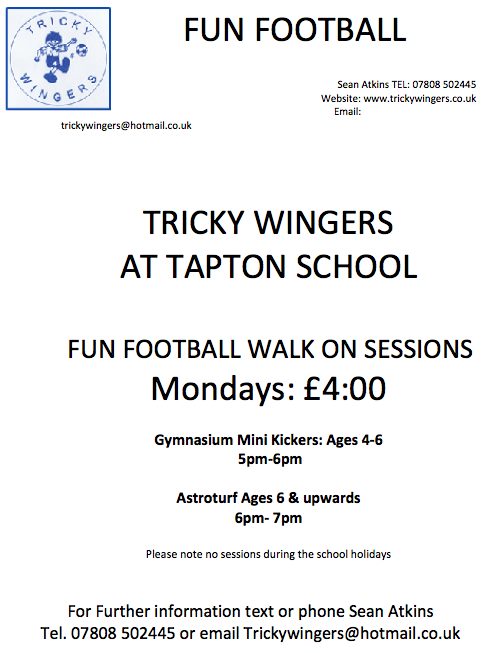 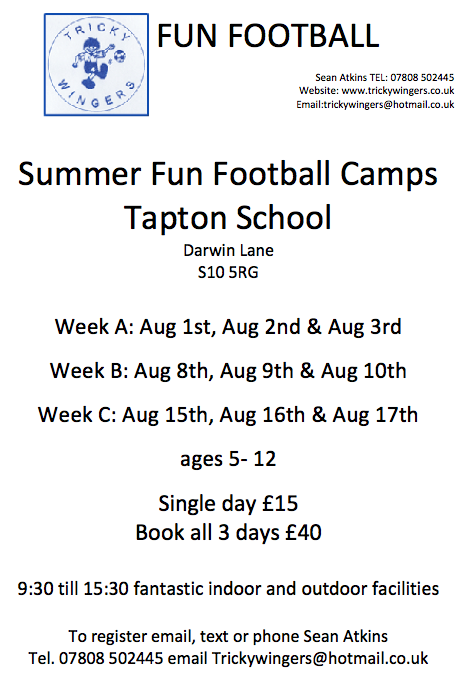 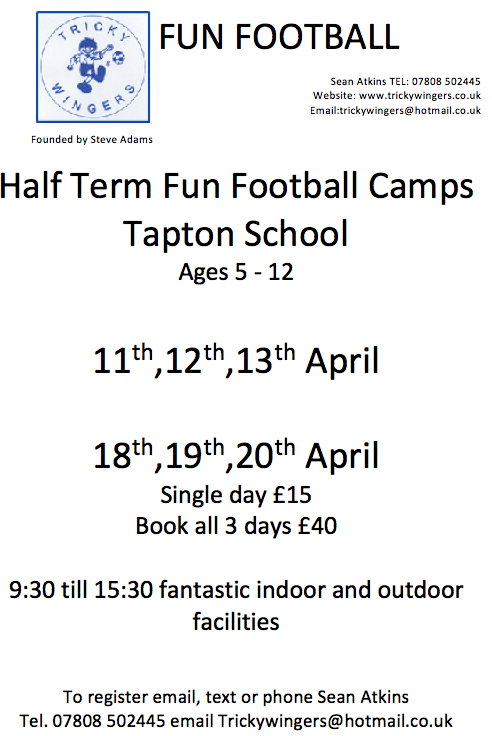 Over the course of the season they only lost one game, scoring 146 goals in the process.

Well done to everyone involved!

The sessions start at 7pm on Monday nights. All teams are welcome, whether it be established teams looking for extra practice or leisure groups wanting to keep fit and join in an exciting and official league.

For more information about the league or to register a team please contact Active8-Sheffield on 0114 240 2308 or info.active8sheffield@interserve.com.

Hallam Sports Club cricketers will swap their bats and pads for a football and boots at Sandygate on Sunday 13 October when they take on footballers from the same club.

Kick off for the cricketers v footballers match is at 1.30pm, although the ground and clubhouse will be open from 12.30pm onwards. Teams will be made up from a combination of staff and players – older players on the football side including former England midfielder Chris Waddle.

There is no entry fee – you can just come along and enjoy the game.

One of our local football teams is looking for new players for its under 10 boys team.

The emphasis is on enjoyment and player development. They play at CDYST on Coldwell Lane and practice on Tuesday evenings at Tapton school.

A special report by Sam Wilde covering this morning’s action.

Crosspool Juniors Under 9s secured a narrow aggregate victory away to local rivals Millhouses Juniors to move into the top three of division V.

In the first game, Millhouses took the lead during the first half with a goal on the break. Crosspool went close to equalising through Taylor Hill after a good team move. Joe Reilly also forced a fine save from the Millhouses keeper. In the second half a last ditch Matthew Johnson tackle kept the score at 1-0 before Taylor Hill equalised. A Joe Reilly header hit the bar late on, but it finished all square.

Going into the second game at 1-1, Crosspool took a first half lead through Alex Darke. First time captain Jon Wilde made a good recovery tackle and clearance. Millhouses equalised in the second half only for Crosspool to respond immediately with a powerful finish from Damon. A hectic finale saw chances at both ends but Crosspool stood firm to come out on top.

Crosspool’s final league game of 2012 sees them take on Manton Athletic on Sunday 4 December at home at the C.D.Y.S.T.

Despite taking a first half lead through Martin Brissett, Hallam FC’s week of three home games began on Saturday with a 4-1 defeat to Lincoln Moorlands Railway.

The Countrymen’s next outing is the derby match against Dinnington Town tonight at Sandygate, who are just two places above them in the league.

As the Crosspool club’s Twitter account mentions, Sandygate is the place to be to see lots of goals: there have been 25 in their last five home games. Unfortunately, only three have been for Hallam!