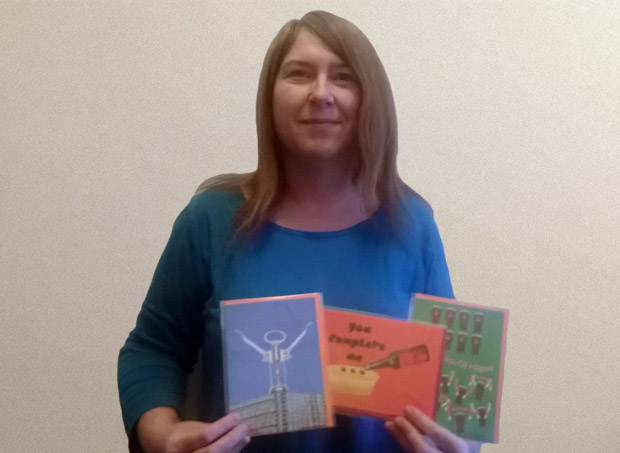 A new range of Sheffield-themed cards designed by a local mum have gone in sale in Lounge @ Crosspool cafe. 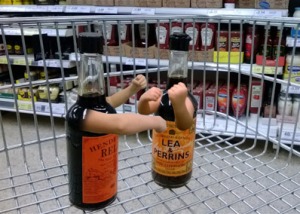 Kate Webster’s Tipsy Towers cards include a design featuring a bottle of Henderson’s Relish having a fight with Lea & Perrins in a supermarket trolley, and a card with Sheffield’s iconic Tinsley Towers appearing as two pints of beer and a card

Crosspool-based Kate said: “You have to know Sheffield to appreciate the designs – these are local cards for local people. They make a refreshing change from most of the cards out there.

“I only studied Photoshop to accompany my web design skills, not expecting it to lead to anything else. I’ve had a quite a few compliments on the finished results.

“It means a lot that Paula in Lounge wanted to stock my cards as it gave me the confidence to approach other shops including Sheffield Scene and Bessimer Galleries in the city centre.”

Kate plans to expand the range with Sheffield-themed Valentine’s cards.